A musical tribute to Tisha Meitmann 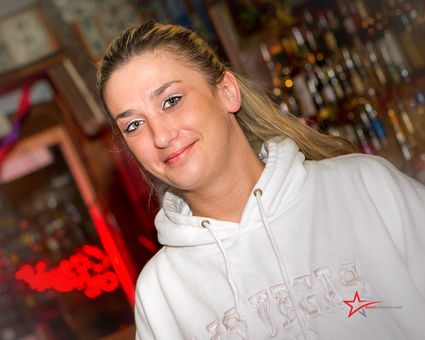 Editor’s note: Tisha Meitmann, who worked at Engel’s Pub in Edmonds for eight years, died Jan. 5 at age 37 after a brain aneurysm. She had been on vacation in Las Vegas with her 13-year-old son, Dylan, and boyfriend Eamon. Daniel McMillin worked with Tisha for the past seven years at Engel's. He books the bands and entertainment, and hosts Engel's open mic on Tuesday nights.

“Tisha Meitmann  A Musical Tribute” was held Jan 27 at the place where most of us met Tisha, Engel’s Pub in Edmonds, where she worked for many years.

Tisha didn’t just work at Engel’s; she created community there. She drew people to the pub and to her with fun events that involved everyone.

From scavenger hunts, Easter potlucks and Easter egg hunts to softball and skee ball teams, karaoke, open mic and booking bands, Tisha was all about getting people together to have fun, and she included everyone.

Tisha was all about others and never about herself.

The event was like Tuesday open mic on steroids at Engel’s, with two solo artists, one duo and 14 electric bands of musicians that performed from 11 a.m. until 11 p.m.

It was very apparent that all the musicians played from their hearts and delivered emotional performances.

Tina is a very talented photographer and an incredible lady who gives and gives, and loves to shoot musician’s live performances, portraits and candid photos. Tina took photos of all the musicians in the alley for promo material, in addition to many of Tisha’s friends and family.

Engel’s owner Dawn Vinberg and her staff were incredibly patient with the more than 50 musicians and hundreds of friends and family who attended this incredible 12-hour, blowout event.

This was a day for Tisha, and the room felt her love.

Tisha Meitmann, healthy in all all other aspects, was admitted to the hospital in Las Vegas Dec 28. She had two surgeries that were unsuccessful. She was an organ donor and saved the lives of four people.