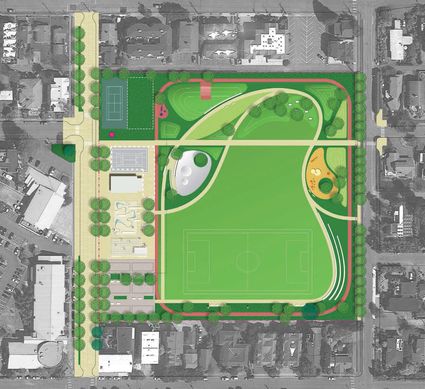 Here is the finalized design for City Park. The public will get a chance to rename the park in the future.

The Snohomish County Council has agreed to allocate $450,000 over three years to the redevelopment of Edmonds’ Civic Field, which City leaders see as a future jewel in the heart of downtown.

Civic Field  also called the Civic Center Playfield and home to Taste Edmonds  is between Sixth and Seventh Avenues north and Bell and Daley streets.

The City Council adopted a final master plan for the park in February 2017, working with the design firm Walker/Macy, and began the search for state and local grants.

Later that year, the iconic grandstand, built for the former Edmonds High School...