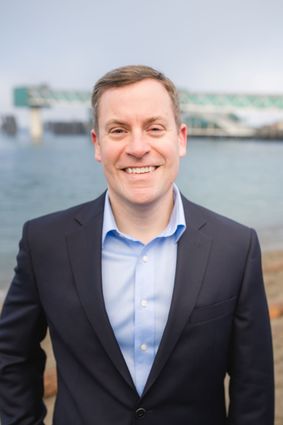 Edmonds, City Councilmember Mike Nelson announced today, Jan. 17, that he will be running for mayor.

Two-term Mayor Dave Earling is up for re-election this year. He has not yet commented on whether he will run or not. The deadline is May 17 for the primary in August.

The following are his comments from his news release:

“I am running for mayor to improve our quality of life in Edmonds. We are seeing Edmonds families struggle to keep up with increasing taxes and rising costs in housing, healthcare, childcare, and transportation.

"We need to balance the needs of our citizens while making sure that our charming community does not lose its way to crime, traffic, and overdevelopment. We are at a crossroads and I believe the best path forward is to focus on creating a livable city, not a big city.

“This starts by giving the citizens of Edmonds a voice in the future of our city. To have influence on where infrastructure investments are most urgent so our children and seniors are able to walk safely in our neighborhoods.

"We need a mayor who will listen to you.”

The following information is from Nelson's news release:

Nelson was appointed and elected to the City Council in 2015, and re-elected in 2017. As a city councilmember, Nelson has advocated tirelessly on behalf of the citizens of Edmonds and prioritized making our local economy stronger, our community safer, and our environment healthier.

While on City Council, Nelson has worked to protect our citizens from harm. He led the way for a new K-9 officer, worked to add more police officers to combat drugs and crime in our city, advocated for improving traffic safety, and was the lone vote against cuts to our fire department.

Nelson has stood up to those who wanted to harm our environment by protecting the Edmonds’ marsh and its wildlife. He led the way in protecting our climate by passing a resolution to make Edmonds the first city in Washington to be powered by 100% renewable energy and updated our climate action plan with measurable goals to reduce unhealthy emissions.

Nelson earned his Bachelor's Degree from George Washington University and a law degree from Gonzaga University. He and his wife, Erica, live in Edmonds with their two young boys.