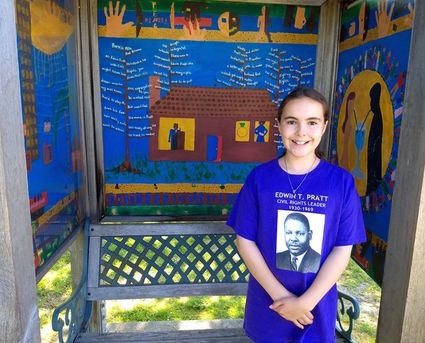 Sarah Haycox was instrumental in honoring a slain Civil Rights leader in Shoreline.

Edmonds resident Donnie Griffin has long been a champion of civil rights in the area.

“As a person of color who lives in Edmonds, I want to play an active role in making my community inclusive of others, free of cultural bigotry and discrimination and appreciative of the rich demographic mix of citizens who call this place home,” said Griffin, a retired telecommunications executive and member of the Edmonds Diversity Commission.

Griffin is the local force behind “A Tribute to Rev. Dr. Martin Luther King Jr .: Inspiring a Beloved Community in Song, Spoken Word and Dance” at the Edmonds Center for the Arts.

Produced in conjunction with the ECA and The Lift Every Voice Legacy (which Griffin founded), the event is Monday, Jan. 21, at 7:30 p.m., Martin Luther King Jr. Day.

The multimedia tribute will include song, spoken word and dance. Featured will be Gloria Burgess, The Sound of the Northwest Choir directed by Juan Huey-Ray, Price Arts Dance, Josephine Howell and Band, and Barclay Shelton Dance Centre.

“It will hopefully attract and inspire a caring community of folks want to be visible and represent what is good in each of us collectively over divisiveness and hate,” said Griffin, who has organized an annual prayer breakfast in Seattle to celebrate the life and legacy of the slain civil rights leader.

The event is produced by Urban Impact, founded in 1987 to address the realities of urban poverty in Seattle’s Rainier Valley and built on the principles of Christian Community Development and a unique relationship with two neighborhood churches: Emerald City Bible Fellowship and Rainier Avenue Church.

General admission tickets are $10, $5 for students and $12 the day of the event.

At the event, the Lift Every Voice Legacy Beloved Community Award will go to 11-year-old Sarah Haycox of Shoreline for championing the work and life of slain Seattle civic rights leader Edwin T. Pratt.

The award will be co-presented to Haycox by Pratt’s daughter, Miriam Pratt Glover, who was in the Shoreline home in 1969 when her father was fatally shot 50 years ago.

On Jan. 26, 1969, Pratt, executive director of the Seattle Urban League, answered the door at his Shoreline home when, seconds later, the 38-year-old was fatally shot by two men who fled the scene in a car. The murder was never solved, but his contribution as a civil rights leader left a permanent mark on Puget Sound. When he moved to Shoreline in 1959, his was the first black family to live in the all-white suburb. As executive director of Seattle's Urban League, he fought to end housing discrimination in Seattle area, and to desegregate Seattle schools.

While walking by an athletic field near her school, Haycox noticed a small memorial with the name “Edwin Pratt” on it. Curious about who he was and why there was a plaque for him, through research she learned that Pratt had come to the area to help others find jobs, housing and education.

She also found out that he had been killed just because someone disagreed with what he was doing. The small memorial, she thought, was hardly big enough for a man who had so much impact on others.

Haycox’s efforts to make Pratt’s name, his work and passion for equality for all, took her all over town with petition drives and to school board meetings resulting in the Shoreline School District Board naming its new early childhood center after Pratt. The Edwin Pratt Early Learning Center opened its doors for the first time Jan. 7.

“Sarah is the perfect model of inspiration,” Griffin said. “By lifting the legacy of an impactful community leader who sacrificed his life for justice and equity for all of us, we learn adult-like lessons from an 11-year-old on values of building a caring community that doesn’t succumb to hateful behavior and social and cultural isolation.”

Before the evening show, a free morning program  “A Beloved Community”  for children, youth and families is 10 a.m. to noon at the ECA. It will feature Kaleidoscope Dance Company and Northside STEP, along with other family friendly activities.

“Over the last couple of years,” Griffin said, “my wife Ross and I have invited folks into my home to discuss how we can change the tide of hate, divisiveness and disregard for disenfranchised citizens in our neighborhoods because of their race, spiritual beliefs, physical disability, gender, sexual orientation or economic disadvantage. 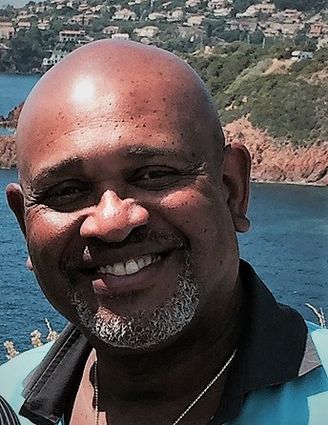 “We decided to develop a marquee event to highlight these values and ask others in Lynnwood, Mukilteo, Mountlake Terrace, Mill Creek, Shoreline and Edmonds to join us. We chose the virtues of Dr. King’s legacy as our living model, calling ourselves the Lift Every Voice Legacy.

“We plan to create a follow-up roster of those in attendance and others who wish to join the LEVL Network for ongoing educational activities and programs as a way of staying engaged throughout the year.”