The railroad in Edmonds: A link to the world | History Files 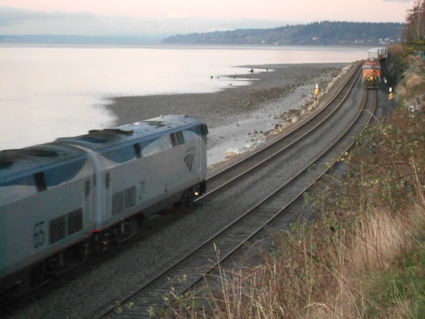 The railroad is a source of controversy in Edmonds. Many wish it weren’t here. But if you ask in many other towns in the state, most would say that Edmonds was fortunate to have the railroad.

I was just looking at some photos of Withrow, Washington. A local told me that Withrow once had multiple banks, a school, church, farm implement dealer and a thriving community.

About 30 people live there now, and Withrow hasn’t been incorporated in decades. Probably not by coincidence, the railroad left Withrow 35 years ago.

It may be a chicken-egg situation.

The railroad left because business...