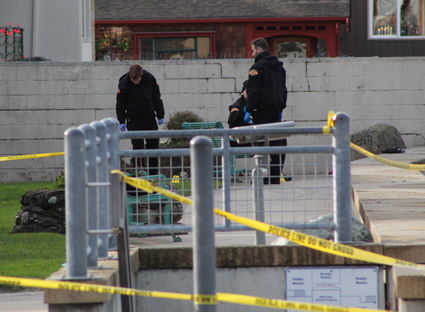 A shooting at the Edmonds Senior Center Dec. 14 claimed the life of one man. The parking lot and surrounding area, including the beach, were closed while investigators examined the scene.

According to the Snohomish County Prosecutor’s Office, the 21-year-old shooting suspect was released from Snohomish County Jail, and law enforcement is continuing to investigate this incident.

The other person arrested the 21-year-old driver, was released after posting the $10,000 bail.

A vigil for the dead victim, Alexander Rhodes, was held outside the Edmonds Senior Center Friday, Dec. 21. There was a heavy police presence.

A large party at the Edmonds Senior Center Friday, Dec. 14, ended with gunfire, one man dead and another booked for second-degree murder....