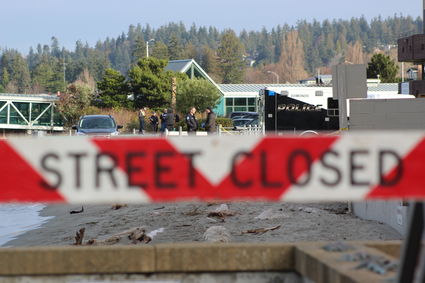 A shooting at the Edmonds Senior Center Dec. 14 claimed the life of one man. The parking lot and surrounding area, including the beach, were closed while investigators examined the scene.

A large party at the Edmonds Senior Center Friday, Dec. 14, ended with gunfire and one man fatally shot outside.

On Saturday, police were examining the lawn area in front of the center. The parking lot was surrounded by police tape, and the adjacent beach was closed to the public.

The officer gave chase, briefly lost sight of the vehicle, but found it again in the Westgate area on...