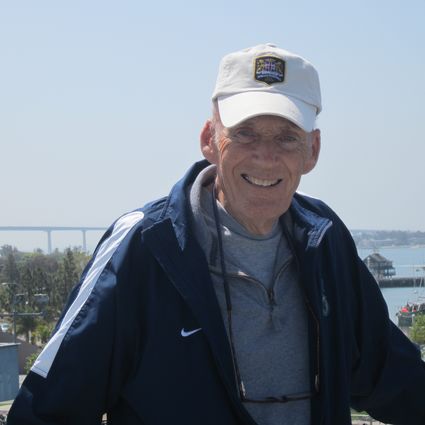 Chuck was born March 22, 1937, in Dwight, Illinois, and raised on a local farm. The summer after graduating from high school, he joined the Navy "to see the world." And he did.

Chuck, who died Nov. 6, 2018, met Sally at a USO dance while he was stationed at Whidbey Island Naval Air Station, and they were married a year later. As the electrician for the City of Edmonds, Chuck was a familiar face while working in downtown Edmonds.

After retiring from the City in 1997, Chuck and Sally spent their winters in Mesa, Arizona, and enjoyed traveling at home and overseas.

He is survived by Sally, daughters Cindi (John) Patterson and Karen Spinks, and granddaughter Alicia Patterson. Preceding him in death was his beloved granddaughter Steffanie Spinks.

Chuck was an ingenious problem solver. Never afraid to find a solution to any problem. He was always willing to help friends and neighbors. He loved a good argument and was willing to take either side and defend it. He had a great smile and a playful sense of humor.

A special thank you to his caregivers and Evergreen Hospice, who made it possible for him to be at home for the last months of his life.

Friends and family are invited to attend his Celebration of Life on Saturday, December 1st from 1:00 p.m. to 4 p.m. at 190 Sunset, located at Sunset and Dayton in downtown Edmonds.

The family invites donations in Chuck's name to the Parkinson's Foundation.