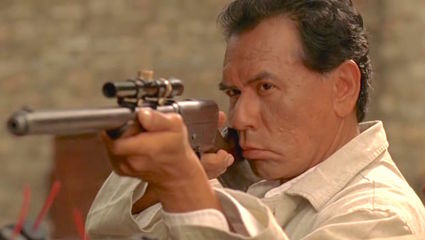 Wes Studi stars in "The Only Good Indian," screening free Saturday, Nov. 17, at the Edmonds Theater. It's presented by the Edmonds Diversity Commission.

Coinciding with Native-American heritage month, and the first time in history that Native-American women were elected to Congress, the Edmonds Diversity Film Series offers a free screening of the film “The Only Good Indian,” starrng Wes Studi, Saturday, Nov. 17 at the Edmonds Theater in downtown Edmonds.

Set in the early 1900s, the film tells the story of a young Native-American boy who is sent to a “training school,” a fate suffered by many Native-Americans for decades.

He escapes and is pursued by a Native-American bounty hunter, portrayed by Wes Studi, who has renounced his Nat...