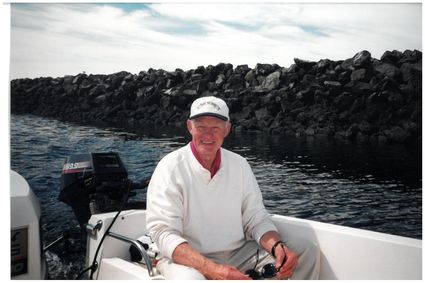 Glenn O. Werner, 88, died at home in Edmonds, Washington, on November 2, 2018, after battling Alzheimer's disease for more than eight years.

He graduated from Pacific Lutheran University in 1953, and after several years working in business at Scott Paper in Everett, he went into elementary education, teaching for 35 years, mostly in the Shoreline district, before retiring in 1995.

Proud of his Norwegian heritage (his parents emigrated from Norway in the early 1920s), Glenn was active in the Edmonds Sons of Norway, participating in 17 of May parades in Ballard and 4th of July parades in Edmonds, Norwegian pancake breakfasts, and hiking and cross-country skiing at Trollhaugen in the Cascade mountains. He loved being a docent to classes of children at the Nordic Heritage Museum in Ballard.

Glenn loved people, whether as a teacher, Boy Scout leader, coach, befriending people living with disabilities, or taking someone for a hike or a ski trip in the Cascades (Mt. Pilchuck was a favorite); he remained active into his eighties. He is remembered for his great love of sports, his athletic ability, and stamina.

A Memorial Service will be held on Saturday, November 17, at 11a.m at Community Christian Fellowship, 615 Glen Street, Edmonds, WA.