2 motorcyclists killed in collision on SR 104 in Shoreline 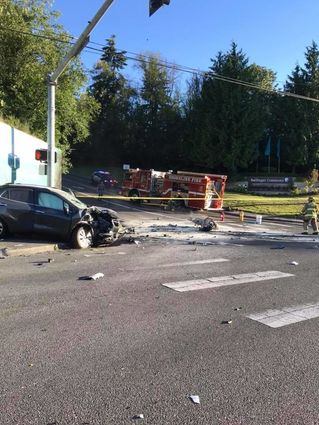 According to the Washington State Patrol, the accident near 1st Avenue NE by Ballinger Commons and the Andy Ecchleshall mural, going east toward I-5.

Three motorcycles and a Buick Enclave  which was turning left onto 1st Avenue NE  were involved in the accident, which happened at about 6:50 p.m. and closed off two lanes of the busy road for hours.

One of the killed was identified by friends as David Ishkanov.. The medical examiner will officially released the two...