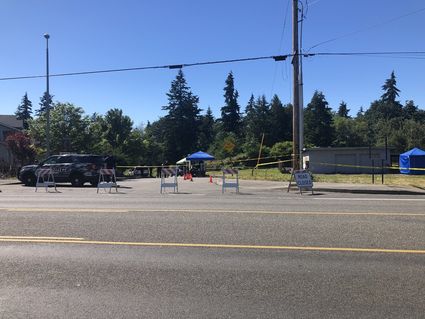 The death investigation brought a lot of officers from the Mukilteo Police Department to the scene on Tuesday, July 3. Officers were able to work with the Snohomish County Sheriffs to identify and arrest three people.

Multiple suspects have been arrested in connection with a vicious killing after a dead body was found off Beverly Park Road last Tuesday, July 3.

Officers from the Mukilteo Police Department responded to a report of a body just after 10 a.m. where they found the victim, Ezekiel M. Kelly, a 22-year-old man from Everett.

According to court documents, Kelly’s T-shirt was covered in blood, and there were loops of packing tape around his neck, which a detective on the scene believed was used like a leash to pull the body.

Next to his body were two .22-caliber shell casings, and a detective...