A world of books on the road | Fresh Reads 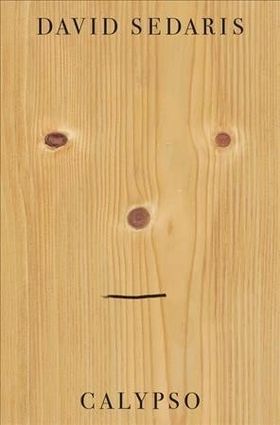 We set out on a two-week road trip to Utah’s incredible canyon lands with many planned and unplanned stops along the way, and with the intention of using technology to keep us company with music and books as we drove.

Of course, we also brought plenty (too much?) to read in downtimes or before dozing off after another day of hiking, rafting or simply gazing at the wondrous sights.

When our music playlists were spent, or when we had long stretches on quieter, blue highways, we dialed up audiobooks and podcasts to fill the gaps between “Wow, what scenery!” and “Where are we headed today?”

David Sedaris, live in our car

A book we listened to in its entirety is the new volume by NPR and New Yorker contributor David Sedaris. “Calypso,” published this week, is his latest book of essays and will appeal to his many followers with its blend of self-deprecating humor, witty observations, confessional tone and more than a little family tenderness.

Listening to this particular author read his work aloud (the Libro.fm audiobook recordings are from both studio and live settings), with his very recognizable younger man’s voice, despite his actual age, had the effect of imprinting his accounts of his sister’s suicide, his father’s aging, a turtle with a tumor and daily life with his longtime partner Hugh, on us in a more powerful manner than if read from the printed page in the voice in one’s head.

Certainly, his intonation and delivery when reading aloud provide additional color and nuance that is absent from the printed page. Also, the quiet way he delivers hard news demonstrates a vulnerability that doesn’t come through in quite the same way in print.

A recurring setting, among several, is the “The Sea Section,” a cabin his family visits over the years, in a very beach-themed community in South Carolina.

As the remaining family examines the life and death of his younger sister, reflects on the death of his mother a couple decades earlier and grapples with the reality of their aging father, the cabin is a home base for honesty and reflection mixed with more than a little sarcasm.

Among books that were actually read, at lease partially, on our trip were “The Overstory” by Richard Powers and “Crux: A Cross-Border Memoir” by Jean Guerrero.

In Powers’ unusual and masterful novel (published in April) about the lives of trees, we gradually come to understand that seemingly unrelated vignettes about diverse characters are in service to a larger vision, one where people’s lives become blips in history as trees experience history.

The themes in this book were especially resonant whenever we encountered aspen groves on our trip.

Guerrero’s memoir (coming in July), about her father Marco Antonio, finds her criss-crossing the Mexican/American border, searching for the reasons her father went off the deep end, and in the process confronting much about her family and herself.

One podcast we became very devoted to was “Cocaine and Rhinestones,” Tyler Mahan Coe’s opinionated view of the history of country music. If your tastes run to Buck Owens, the Louvin Brothers or the making of great tracks like “Harper Valley P.T.A.,” “Okie From Muskogee” or “Ode to Billie Joe,” and you can stand some melodrama and even violence, this is the podcast for you.

On a lighter note, a reminder that this July Edmonds Bookshop will again host the local Where’s Waldo search. Kids, parents, grandparents and caregivers can visit many local businesses to find Waldo and have their keepsake passports stamped. We will have a birthday party and drawing for all kinds of prizes on July