Remembering Larry Hubbard and his gift to Edmonds 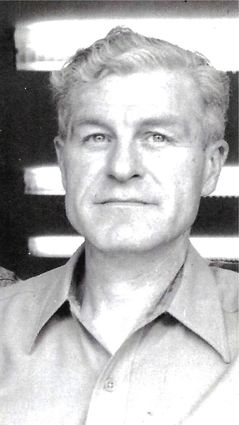 Presently, the board has a need to fill two vacancies. You can volunteer and join the members of the cemetery board on the third Thursday of each month (except December).

Applications must be submitted by 4:30 p.m. Friday, March 30. Obtain an application at http://www.edmondswa.gov  go to Boards and Commissions under the Government tab and click on “current openings.” You can also pick up an application at City Hall, 121 Fifth Ave. N, Edmonds, or request one by email at Cynthia.Cruz@edmondswa.gov.

Located at 820 15th St. SW in the Westgate area of Edmonds, the cemetery was founded in the 1890s by the IOOF on land donated by pioneer Thomas White. When private owners took over the cemetery’s operation in 1946  with no endowments, only minimal help, and way too much vandalism  the cemetery and its overgrown grass and helter-skelter headstones became a neighborhood blight.

Now, what was once an eyesore is a lovely, parklike and beautifully maintained resting place for our

The year 1982 signaled the rebirth of the cemetery, and it is now maintained under the watchful eyes of not only the Edmonds Cemetery Board, but also the Edmonds Parks Department and Cliff Edwards, the cemetery’s full-time sexton.

This rebirth began with the generosity and dream of one man.

When Edmonds’ real estate and insurance man Larry Hubbard became fatally ill, one of his last acts in this life was on behalf of the city he loved. Unmarried, without children or siblings, Hubbard made the city of Edmonds his heir.

Just before his death in 1982, with his legal adviser’s assistance, Hubbard purchased the cemetery and willed it to the city along with a trust fund. Because of his great gift, and followed by excellent team management, Edmonds now has a cemetery noted for its serene beauty.

It is not only a fully operational burial ground, but also a place where we are proud to honor our veterans on Memorial Day and remember the pioneers as we “Walk Back in Time” in July.

Hubbard was strictly an Edmonds boy. Born Dec. 17, 1910, in Edmonds, he was the son and grandson of Edmonds pioneers, and he never forgot his roots. Except for the years he spent in the Army during World War II, Hubbard seldom left his town.

He graduated from Edmonds Grade School and, in 1929, from the original high school at Fourth Avenue North and Daley Street.

Continuing his education, he attended and graduated from the University of Washington. After graduation, he followed his father, Ernest Hubbard, and his maternal grandfather, James E. Wilson, into the real estate and insurance business, and had a very prosperous career.

Although Hubbard was a quiet and unassuming man, he became a well-known figure in the business community of Edmonds. In addition to his own business interests, he was active in the affairs of the city.

He served as Edmonds’ city attorney, and was a member of the city’s first planning commission.

Before his death, he also established the Hubbard Foundation to help fund other projects in the city, such as the restoration of the Ganahl-Hanley log cabin on Fifth Avenue North, the home to the Edmonds Visitor Center.

Hubbard is buried at the cemetery, a small unpretentious headstone marking his resting place. He lies near his father, mother and his maternal grandparents.