Some favorite books from 2017 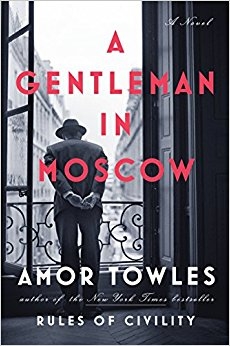 In this month’s column, staff members of the Edmonds Bookshop  the indie bookstore on Fifth Avenue South now in its 45th year of continuous operation  offer their favorite reads of the year.

We all agree that this outstanding novel, about a Russian count sentenced to house arrest in Moscow’s Hotel Metropol, full of mystery and ritual, will happily resonante for weeks after reading.

“You Don’t Have To Say You Love Me,” Sherman Alexie, Little, Brown and Company, $28.

Jesmyn Ward’s new novel builds on her Pulitzer Prize-winning reputation, wrapping us in a harrowing yet heroic story set in Ward’s native South, told largely through the eyes and voice of 13-year old JoJo.

Seattle author Sherman Alexie’s emotionally powerful memoir delves deep into his childhood on the Spokane Indian reservation, and his troubling relationship with his family, especially his mother.

Seattle novelist and nature writer Brenda Peterson turns her empathetic and exacting eye to the survival of the iconic animal of North America, the wolf. Emily Ruskovich’s debut novel begins with an unimaginably act of violence, but ultimately leads to a certain kind of dark redemption.

Neal Stephenson’s epic work of speculative fiction imagines a world 5,000 years hence, yet eerily familiar. The late Brian Doyle was widely beloved beyond his Portland roots, and this graceful, mystical novel, set on the rolling Pacific Ocean cements his legacy.

“Rise and Fall of the D.O.D.O.,” by Neal Stephenson and Nicole Galland, HarperCollins, $35.

Jim Lynch, one of our favorite local writers, gives us the definitive novel of the sailing world of Puget Sound, peopled with old and young salts throughout. And Neal Stephenson makes his second appearance on this list, along with co-author Nicole Galland, with a tale of spies and and time travel to save the world.

Many of our customers adore Louise Penny and her Inspector Gamache mysteries, and this paperback edition of last year’s bestseller is one her best. Like Gamache, Benoit Courreges, aka Bruno, is a character that attracts readers’ affections, as he leads us in solving a complex French village mystery.

“The Revolution of Marina M,”Janet Finch, Little Brown and Co., $30.

Janet Finch delivers an extraordinary coming-of-age/historical novel set during the Russian Revolution and told through the eyes of young Marina M. Celeste Ng crafts an enticing, then upsetting portrait of an idyllic neighborhood upended by by questions of origin and adoption.

Patricia Lockwood, already an accomplished poet, has written a loving, humorous and highly readable memoir about her unusual family. By contrast, Don Winslow, the prolific thriller author, takes us deep inside the drug trade in New York in this gritty New York cop epic, full of gray atmosphere and Winslow’s trademark touch with dialog. Richard Lane’s cinematic thriller takes us from Las Vegas to LA, as a master scam artist attempts to pull his fastest one yet.

In this delightful, beautifully illustrated lap book, Little Wolf works up his nerve to let out his first yowl, after some fun improvising.

Amy Hest’s latest picture book is a simple story of two neighbors who don’t get along, brought together by a nighttime miracle.

Spencer Quinn’s YA novel is about a smart girl and her slobbery dog solving a mystery on the bayou.

Peter Brown’s newest young reader gives us Roz the robot, alone on an island, or maybe not.

Annie Barrows, author of Ivy and Bean, entertains with another charming teen novel, about, well, ordinary life, such as it is when you’re 17.