There’s a ‘Twist’ in this Edmonds holiday production 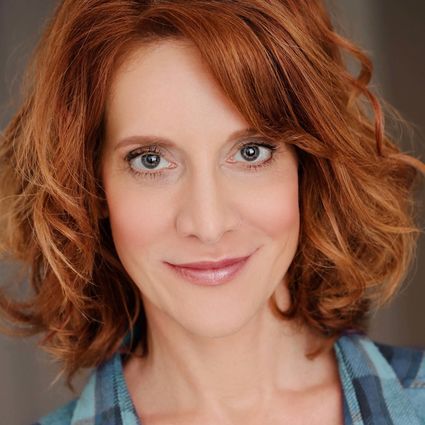 The Arizona Republic once had this to say about a particularly “twisted” holiday staple:

“If you’ve grown tired of dancing sugarplums and shoeless match girls, this entertaining bit of holiday fare for the whole family is cathartic, goofy fun in a season that sometimes chokes on its own sentiment.”

And what is this “entertaining bit of holiday fare?”

It’s “Twist of the Magi,” a theatrical adaptation of O’Henry’s classic short story, “Gifts of the Magi,” and it arrives this holiday season courtesy of Edmonds’ always inventive Phoenix Theater.

The play begins with O’Henry’s short story, then places it in a 1940s live radio broadcast full of eccentric characters, including “a slew of disgruntled actors, their reticent stage manager, a frantic sound effect technician, a wacky femme fatale,” among others.

This story within a story of love and generosity follows the heroine, Della, as she trades her beautiful hair to buy a Christmas present for her young and loving husband. Suffering from seller’s remorse, she befriends a Yiddish Yenta, and the two embark on a series of adventures to recover her hair.

Debra Rich Gettleman, managing director of the Phoenix and author of the play, described it as “a little irreverent, but still family friendly and smart, and unusual. It’s not the ‘Christmas Carol’ all over again, but still has the whole holiday charm.”

The cast is comprised of a host of veteran actors from the Seattle stage and throughout Washington state. Gettleman praised director Keith Dahlgren as “one of the most talented guys in Washington state, an amazing director, comic genius, and it is such a gift to have him direct this.”

She said she was delighted to see the fun he had with the cast during rehearsal.

Gettleman took over as managing director of the Phoenix Theater a little over a year ago after moving from Arizona. She soon learned that she loved the community and discovered the area boasted a bevy of talented performers. Her background is in journalism, theater, and show business, as she has been onstage, in the director’s chair. She’s also a playwright.

So when the Phoenix needed a holiday show, she was ready with a script.

I asked her about the creative writing process. She said she had written a lot of plays, but this was her first adaptation. She was commissioned to write it for a theater in Arizona.

“The fun I had in writing it is that I knew I had certain people with certain roles,” she said. “I wrote in really funny quirks; ‘let’s give her a lisp.’ It’s a classic Christmas story. Keep the charm and spirit alive.”

The Phoenix Theater is the only professional theater company in Edmonds. The theater itself is a small, 96-seat venue in Firdale Village. “It’s lovely, like you are in someone’s living room,” Gettleman said.