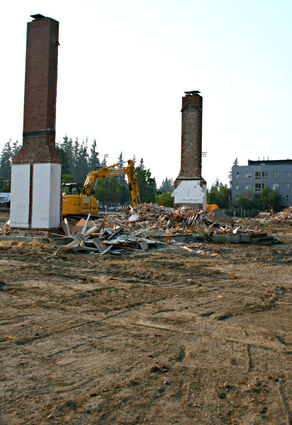 The other day, when the bus I was on pulled into the passenger loading zone at Edmonds Community College, I was surprised to see that the two historic and familiar houses left over from WWII had been torn down.

Only the chimney stacks stood to mark the spot. Even though I knew it was coming, I still had a sad feeling. My thoughts were of the time when I was young and living close by, as this land became a major part of our country’s heavily guarded defense system during World War II.