37 opioid overdoses within seven days, including in Edmonds 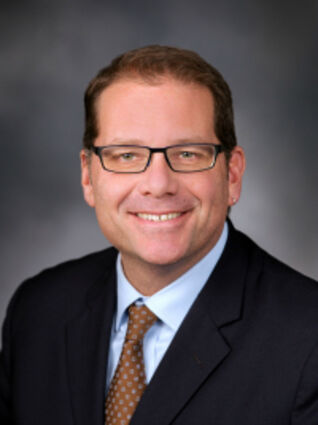 We’ve all heard horror stories about opioid abuse. Here’s a new one.

The Snohomish Health District reports that there were 37 opioid overdoses within one seven-day period, including one in Edmonds.

Moving beyond the gathering of historical data, the effort convened representatives from across the county to voluntarily collect real-time data on overdoses for one week and share the results with the Health District.

The result: reports of 37 total overdoses in Snohomish County that appeared to be related to opioids, including three deaths.

The case in Edmonds involved a man in his 30s who was administered Narcan and survived. Narcan, when delivered through the nose, can reverse the deadly effects of an opioid overdose.

"These statistics should trouble all of us,” said Rep. Strom Peterson, whose 21st District includes Edmonds. “Opioid use disorder continues to affect lives across our community. I'm proud of the leadership in Snohomish County.

“At the state level, we have had some success in tackling the issue. We made Narcan more available, which has reduced the number of overdose deaths, and we improved the prescription monitoring program, which helps keep addicts from ‘pill shopping’ by going to multiple doctors for prescriptions.”

Peterson acknowledges that there still is a lot of work to be done. He’s introduced a safe medicine take-back bill, based on the work currently being done in Snohomish and King counties, to keep pills from getting into the hands of young people.

On Aug. 1, Edmonds became the first city in the county to debut drop-off kiosk boxes for the safe disposal of unwanted drugs.

“We are also working to better fund medically approved drug treatment programs and detox facilities,” he said. “This has been a top legislative priority for me, as my family, like so many others, has felt the incredible pain of losing a loved one to an overdose."

How the stats came about

While opioid data is typically fragmented and stale by the time numbers can be released officially, a phone call from an ABC News producer provided the chance to try out something new: the seven-day project.

In preparation for an upcoming “Nightline” show airing later this month, the Health District and other jurisdictions across the country were asked to collect and share opioid overdose data from July 17-23.

“This entire process was eye-opening,” said Jefferson Ketchel, interim administrator for the Health District. “From the tremendous support and willingness by our partners to participate in the data collection, to the sobering numbers that just one week uncovered.”

The Health District said it’s important to note that the information collected was voluntary, so the data provided should not be taken as exhaustive or lab-confirmed. Discussions are underway on how to make short data collection periods like this one happen on a more regular basis.

To read more of the full report, go to bit.ly/2uEM56O.