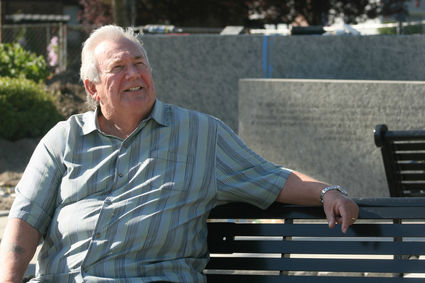 Even though things are a bit behind schedule due to a prolonged rainy season, there’s no way the ribbon-cutting for the Edmonds Veterans Plaza would not occur at 2 p.m. this Monday, May 29.

Organizers say K-A General Construction still has enhancements to complete, but most main features are expected to be finished and functional by the dedication.

The hour-long ceremony will be held at the the Public Safety Complex, Fifth Avenue North and Bell Street, where the plaza includes four granite benches, 11 black benches, a waterfall feature, information kiosk and memorial garden.

There are numerous pavers and other memorials with the names of those who the public paid to have memorialized.

Otto, among his earlier duty assignments, was responsible for all Air Force operations in Afghanistan, Iraq and Southwest Asia. He is a former command pilot with more that 2,800 flight hours in such aircraft as the F-15 tactical fighter and U-2 ultra-high-altitude reconnaissance jet.

Otto is a graduate of the Air Force Academy. Over his career he has been a squadron, group and wing commander, and has served as the Air Force chief and as a professor at the National War College. Among his many honors are the Distinguished Service Medal, Legion of Merit and Bronze Star.

“The Edmonds Veterans Plaza will be a place where veterans connect with each other, coming together to find ways to heal themselves and each other,” said project chairman Ron Clyborne, a Vietnam Marine Corps veteran, in spelling out the plaza’s vision statement.

“They will find strength and comfort from opportunities to remember comrades, and share stories about their experiences. It will also serve as a venue where veterans and non-veterans can engage in dialogues.

“The venue will be appealing and attractive to all members of the community who will come to the plaza to listen, share their own thoughts, and all will walk away with greater understanding and appreciation of each other.”

Clyborne said he will have six of his fellow Marines who he served with in attendance. 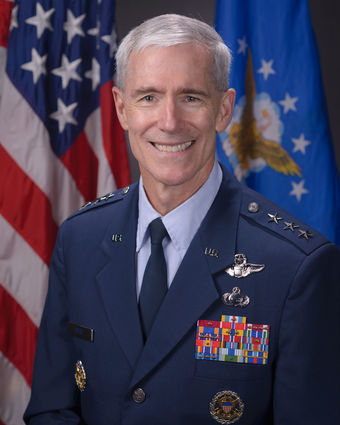 “All were donors and/or have pavers honoring their service,” he said. “In addition, I have other veteran friends and family members who will also be here for the dedication  a group of 18 individuals, all from out of town and as far away as the East Coast. For me, this dedication ceremony will be extremely meaningful and most memorable.”

The Edmonds Veterans Plaza is a joint project of the Edmonds posts of the Veterans of Foreign Wars and American Legion and the city of Edmonds. A large committee of local business and civic leaders has been working to create the tribute for more than two years.

A little more than 80 percent of the funding has come from local private contributions, Clyborne said. However, the bid award in December 2016 included a discrepancy of about $60,000, but the committee raised all funds for construction and contingency. And councilmembers approved $71,000 to complete the plaza.