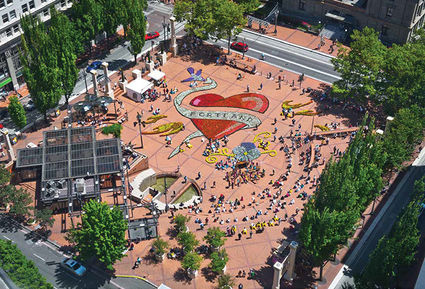 Pioneer Courthouse Square in Portland, Ore. was designed in the 1980s by Walker Macy, a landscape and urban planning firm hired by the city of Edmonds for the Civic Field redesign. The downtown park hosts about 110 events per year, and has become the gold standard for downtown parks.

The city of Edmonds has kicked off the planning process for a redesign of Civic Field, and officials said public participation will be key to a successful project.

The city purchased Civic Field, an 8-acre field on 6th Avenue N., late last year for $1.9 million from the Edmonds School District, and it is now ready to embark on the redesign process.