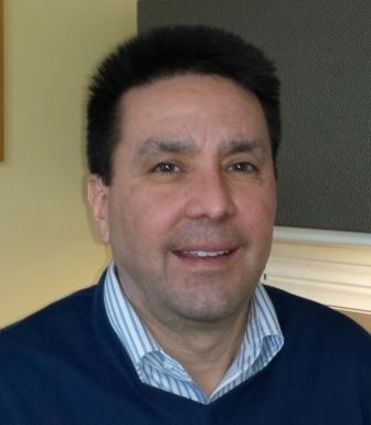 What an honor and a privilege to be part of a community that has so much value to offer its citizens, visitors, business owners, shoppers, boat owners  you get the picture.

There are so many consumers of Edmonds, because Edmonds has so much to offer, so many added benefits for each of us to partake in.

That’s why we keep coming back for more  to taste, to see, and yes, enjoy Edmonds.

As the city’s Finance Director, I get an up close look at the value we get from being a part of Edmonds, not only from an accounting perspective but also from the perspective of being a consumer.

From an accounting perspective, I see Edmonds’ residents receiving great value for what they have to pay to live in Edmonds. Case in point: Did you know that Edmonds’ property tax rates are the fifth lowest out of 20 Snohomish County cities, yet property owners in Edmonds have one of the highest gains in property value? (Tax rates and assessed values are from the Snohomish County Assessor’s Office.)

As a financial professional, I would call this a remarkable rate of return on investment.

I am not sure who to attribute the saying, “You get what you pay for” to. However, this saying, when it comes to this part of our discussion today, neglected to include the “other side of the ledger,” the value added side that comes when enjoying/living/doing business in a community such as ours.

The city presents each of us with many amenities and opportunities to enjoy. To list them all would exhaust my space for this column, but to get my point across, I will name a few.

On the shores of Edmonds, we have Brackett’s Landing North, a world famous dive park, where up to 25,000 divers visit each year, and nearby the city’s fishing pier, which hosts over 100,000 visitors each year.

Up the hill from the shores of Edmonds, we will have another 100,000 people partaking in activities, such as Taste of Edmonds this coming weekend, at Civic Field.

Talk about activities  there are many festivals and events that we get to attend, such as the Edmonds Art Festival, The Edmonds Car Show, Farmers’ Market, the Waterfront Festival, the Art Walk or one of the many performances at the Edmonds Center for the Arts.

Of course, the city cannot take all the credit for hosting these events as many participants such as volunteers, service clubs and staff of the ECA and the Edmonds Chamber of Commerce help make them all possible.

My pastor once stated that it’s the members that make a church what it is and gives it meaning, that the church would be nothing more than a building without its members and their participation.

I would apply this same analogy to the City of Edmonds, in that the city is only as good as its citizens and their willingness to participate in its success.

Let’s look at the Waterfront Festival. This event is organized and hosted by the Rotary Club of Edmonds, and draws thousands of guests each year. As a result, these guests provide  via a $3 entrance fee  $10,000 in college scholarships for Edmonds School District students and provide funding for other noteworthy causes. This event would not be a success were it not for the volunteers, the Port of Edmonds and of course the attendees.

Edmonds is a very fine city because together we make it what it is. However, like all organizations, the city too needs our continued participation and our tax dollars to fund the many amenities that we enjoy but often take for granted.

This fall, the mayor and City Council will adopt a budget that after careful consideration will fund many programs and projects and defer others to later years or leave a number unfunded due to the lack of funds.

Perhaps it’s time we re-weigh the value of having such low tax rates and embrace the fact that retaining our city’s fine character for future generations to enjoy will require us to look at where and how we develop the city’s revenue needs to maintain the quality of life you expect to receive in Edmonds.

And perhaps with your continued participation, together, we will preserve the framework of the City of Edmonds’ beautiful character and amenities that will extend 125 years from now to the City’s 250th anniversary!