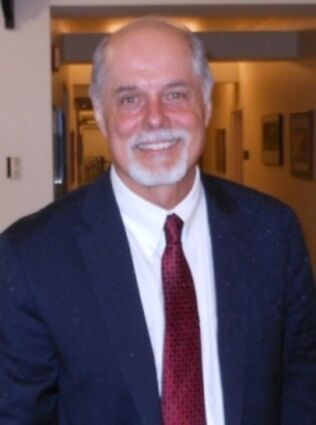 2015 will be a busy year for construction of new city infrastructure in Edmonds, and I wanted to update you on what is being built, as well as where and when these projects will take place.

228th St. and SR 99  Construction began on May 26 and will extend into early 2016. This $8 million project will complete the missing portion of 228th Street from Highway 99 to 76th Avenue West, creating a new east/west connection between Edmonds and Mountlake Terrace.

It will improve access to the regional multi-modal center and interurban trail for Edmonds citizens. It will also address the high level of serious accidents occurring at the existing intersection of 76th and SR 99.

This is the largest transportation project the city has ever undertaken. It is funded by $6.9 million in state and federal grants, $418,000 from Mountlake Terrace, and $352,000 from Edmonds, most of which is in City Utility funds being used to replace and relocate city utilities under the project footprint.

It is the only street preservation project that will receive outside funding from the federal or state government. Street maintenance and pavement preservation are generally not grant eligible projects.

These street resurfacing projects will be funded entirely with local funds from REET and general fund tax dollars.

The city restarted the paving program in 2014 after at least six years of doing no paving at all. Whether the city is able to continue to fund street preservation beyond this year is unknown. What is needed is a stable, predictable source of funding for this important work.

We can’t continue to fund streets only when the economy is doing well and then stop this critical maintenance when things slow down.

238th Street from 100th to 104th - This is both a transportation and stormwater project.

A sidewalk will be constructed on the north side of 238th Street to provide a safe walking path for all residents, but especially for children walking to and from schools.

The street will be repaved, and a street drainage system will be installed to eliminate the frequent pooling of water after rainstorms.

Water will be collected and much of it will be sent to rain gardens, which will be built in the public right-of-way.

These attractive, landscaped rain gardens will infiltrate the street run-off into the soil. Any excess will be sent to the infiltration system at nearby Hickman Park.

The project will improve both the appearance and the function of the street for all modes of travel. The total cost of this project is estimated to be $1.45 million with $1.6 million coming in the form of a state grant for the construction of the sidewalk and the rest coming from the Storm Water Utility capital budget.

Construction will likely begin around August and be complete by January 2016.

The city began a long-range program to replace its aging water and sewer pipes four years ago. Edmonds is the oldest incorporated city in Snohomish County, and we also have a great deal of old piping that has reached the end of its useful life and needs to be replaced.

Many of these pipes are now too small or too corroded to meet current fire flow demands as well as being brittle and subject to structural failure.

Our plan, so far, has been to replace 1 percent of our buried pipes on an annual basis. This year we will replace 8,170 feet of old water mains, their associated meters and fire hydrants, and two pressure reducing stations at a cost of $2.58 million.

I am sure during this busy construction season you will see these projects being completed by our various contractors.

We will do our best to get all of these projects completed with the least amount of inconvenience to citizens. Some traffic delays, as well as other impacts, are inevitable, and we thank you in advance for your patience at those times.

Wish us luck as well  that is always welcomed!