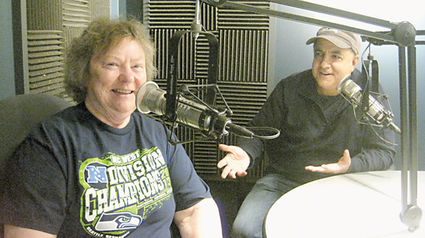 For the gamblers out there, Sister Kath Silverthorn of Holy Rosary School and KIRO Radios Dori Monson will be on the air at 2:45 p.m. Friday making their predictions for the Super Bowl  not that anyone is being encouraged to gamble, mind you

Struggling to predict the final score of this year's Super Bowl?

You might want to consult with Holy Rosary School's Sister Kath Silverthorn.

For nearly two decades, Sister Kath and her colleague, Sister Cele Gorman, have been competing on air with KIRO Radio's Dori Monson to see who can best predict the final scores of the top NFL games of the week, including the Seahawks.

Sister Kath has won Monson's "One On One With The Nuns" competition the last three years, tying with Sister Cele last year for first place.

Each week on the Dori Monson Show during the NFL sea...